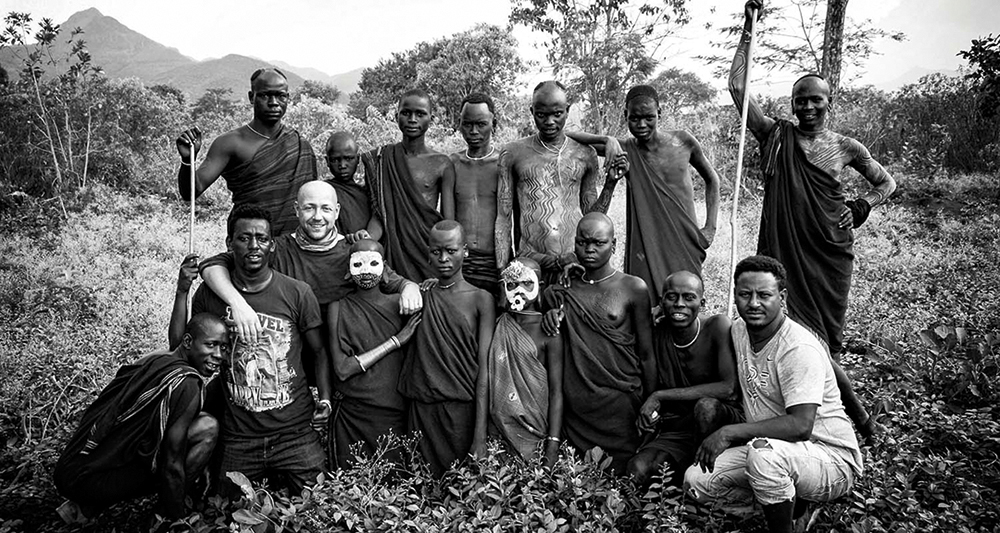 Mario Gerth (40) is a German documentary photographer and photojournalist – one who is esteemed by his peers for having the freedom and drive to travel to more than 80 countries across 5 continents in pursuit of his passion.

He’s been a witness of civil war, poverty, dictatorship and violence – but more often he was a guest in a world that is characterized by graceful beauty.

"I much prefer to visit places and people whose cultural grandeur and fortitude have imbued them with unique (cultural and social) traits."

To portray the nature and people and their lives, Gerth traveled through Africa across hundreds of miles by foot, by boat and jeep, in all four directions, sometimes alone and other times in the company with friends in search of all that is about Africa and this world.

His photography is a homage to Africa and the culmination of his passion, depicting a graceful world where natural dignity and elegance is etched on the faces of Africa’s people, from the archaic pride in the eyes of old men and young children, to the god-like harmony in the sweeping valleys of sand dunes and the bitter existence on the edge of the world.

It’s a collection of intimate portraits and vivid photographs of a great continent that breathes a diversity and naturalness that is missing in the (western) uniform and ordered society.

His images are a tribute to Africa and the African people. They document, inform, they question. Gerth’s photography has been shown in international exhibitions and published in numerous magazines to much fanfare. Time Magazine aptly named him a "world changer".